Narcissism and Gaslighting: Buzzwords, Misunderstandings, or Both? 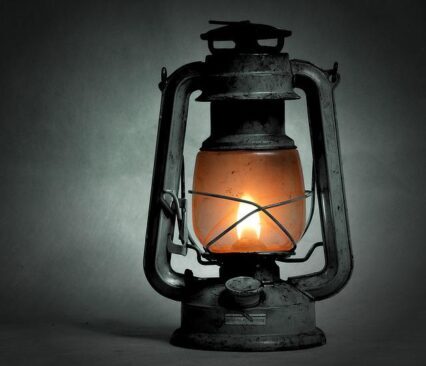 In the last few years, I have heard the phrases “gaslighting” and “narcissism” at least weekly. Prior to that I’d never heard the term gaslighting and narcissism came up pretty rarely. It seems that at least half of the people I talk to in my practice describe their spouse as a narcissist or tell me that their spouse is gaslighting them, or both. And the inaccurate belief that those issues are involved in a case usually makes resolution harder.

The Mayo Clinic describes a Narcissistic Personality Disorder as “a mental condition in which people have an inflated sense of their own importance, a deep need for excessive attention and admiration, troubled relationships, and a lack of empathy for others.” Narcissism is a diagnosable personality disorder. The Cleveland Clinic cites estimates that it occurs in up to 5% of people. That means that there is at most a 5% chance that your spouse is a narcissist. It can and does occur but is is rare. It would seem to occur far less than divorcing spouses seem to believe.

Gaslighting is not a medical or scientific term. It actually comes from the title of a 1938 play. A practical description of gaslighting is that “Victims of gaslighting are deliberately and systematically fed false information that leads them to question what they know to be true, often about themselves.” The key terms there for me are deliberate and systematic. Gaslighting occurs when one person intentionally and strategically engages in deception to convince another person that they are not seeing things accurately.

It has been my experience over the last 16 plus years of family law work that actual narcissism and gaslighting are pretty rare, even in divorce. Certainly, there is more of both in divorce than in everyday life, and particularly in very difficult divorces. But it is hard for me to believe that either is as actually prevalent, even in divorce, as the widespread use of these terms would suggest.

So, something else must be going on. In my experience, narcissism claims come when my client or their spouse feels that their needs and feelings have not been adequately considered or understood. The thinking is along the lines of “Only a narcissist could fail to see what I’m going through, how badly I’m hurting, or what the effect of their words/actions would be on me or the kids.” In reality, I think it is simply hard for us to accurately imagine or understand how things we do or say may be interpreted by others. When you add in the dynamics of divorce, when both parties can easily become self-protective and fearful of the other, then it seems only natural that each spouse will struggle to see things from the other’s perspective very easily. That is not narcissism, that’s just one of the natural and understandable psychological dynamics of divorce.

I also find that gaslighting is far rarer in cases than society or pop-culture would lead us to believe. A common situation that I hear is when one spouse claims a conversation was had and the other swears was not; e.g. “Why did you do that?” “Why are you surprised, we talked about this months ago!” “You never told me that!” I see that scenario quite a bit. This conversation frequently leads one or both clients to tell their attorney that the other person is gaslighting them. In reality, what is happening is that two people had a conversation, heard much different things, and walked away with much different understandings of what was discussed and the conclusions they drew from that conversation. I don’t see nearly as much true gaslighting as I see really ineffective communication. One spouse believes that they clearly communicated something to the other; the other spouse heard something much different. I also hear a lot of situations where one spouse says “I have tried to talk to them about this for years” while the other spouse says, “They never wanted to talk about it.” That’s not gaslighting. That’s just a disconnect between people and a failure of effective communication. In short, it is very common for there to be miscommunication and for each spouse to have a different narrative and experience than the other. But that usually does not involve intentional and systematic dishonesty designed to cause self-doubt. So, it’s not gaslighting.

It’s worth restating that narcissistic personality disorder and gaslighting are real, they happen. But the overuse of these terms by spouses doesn’t help, and frequently hinders the effort to help families find solutions to their divorce issues. If one spouse can only see the other through either the lens of “they’re a narcissist” or “they’re gaslighting me” then they are going to be far less likely to earnestly and openly engage in the kind of conversations that are needed to solve their divorce problems without involving a court.

The page you requested could not be found. Try refining your search, or use the navigation above to locate the post.